Audit of the University of Helsinki

The organisation and strategy of the University of Helsinki

Organisation and management system of the University of Helsinki

The University of Helsinki (UH), founded in 1640, is the most multidisciplinary university in Finland. The UH is bilingual in accordance with the Universities Act, meaning that teaching and degrees are given in Finnish and Swedish. The UH consists of 11 faculties, nine independent institutes steered by the rector, the Swedish School of Social Science and University Services. The University Board is the highest decision-making body. The Board’s members from outside the UH community are appointed by the University Collegium, which also confirms the UH’s financial statements as well as decides on discharging the Board members and the rector from liability. 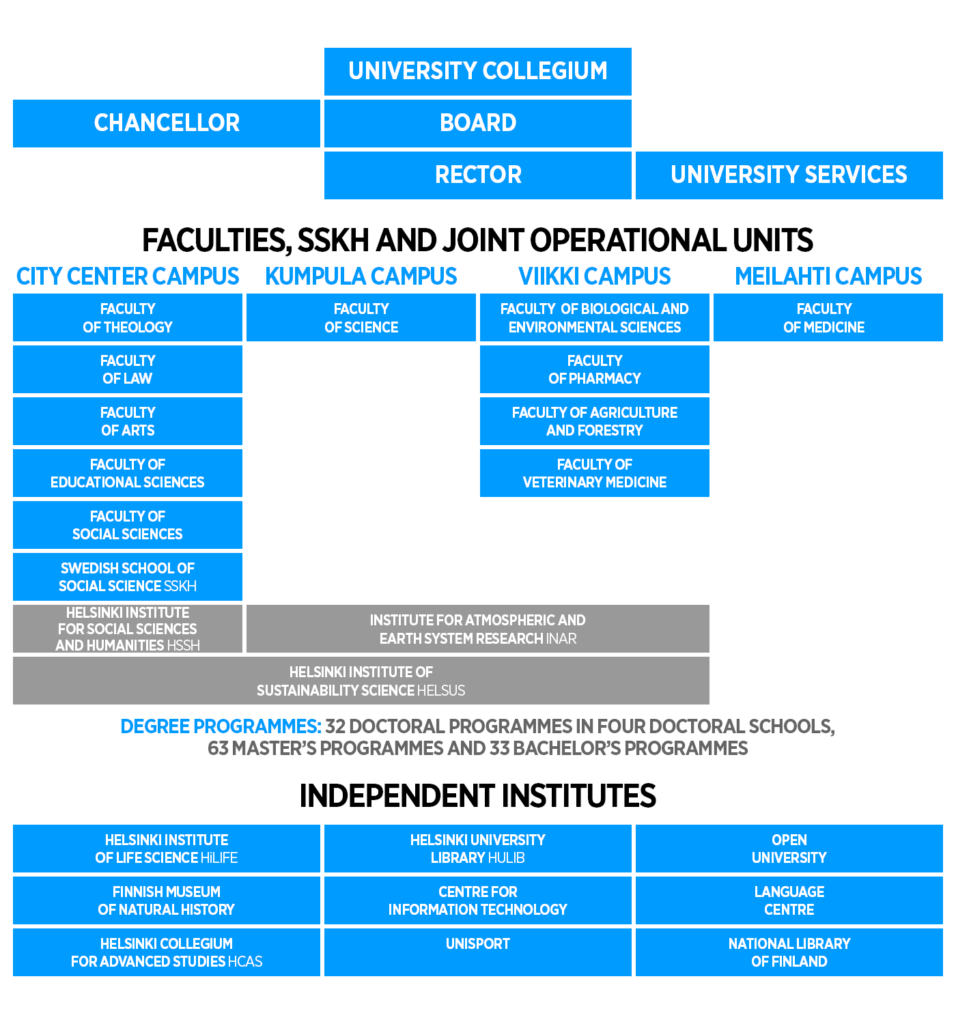 Figure 1: Organisation chart of the UH

Degree education is organised into degree programmes, which may include studies in one or more disciplines.

Degree programmes at the UH: 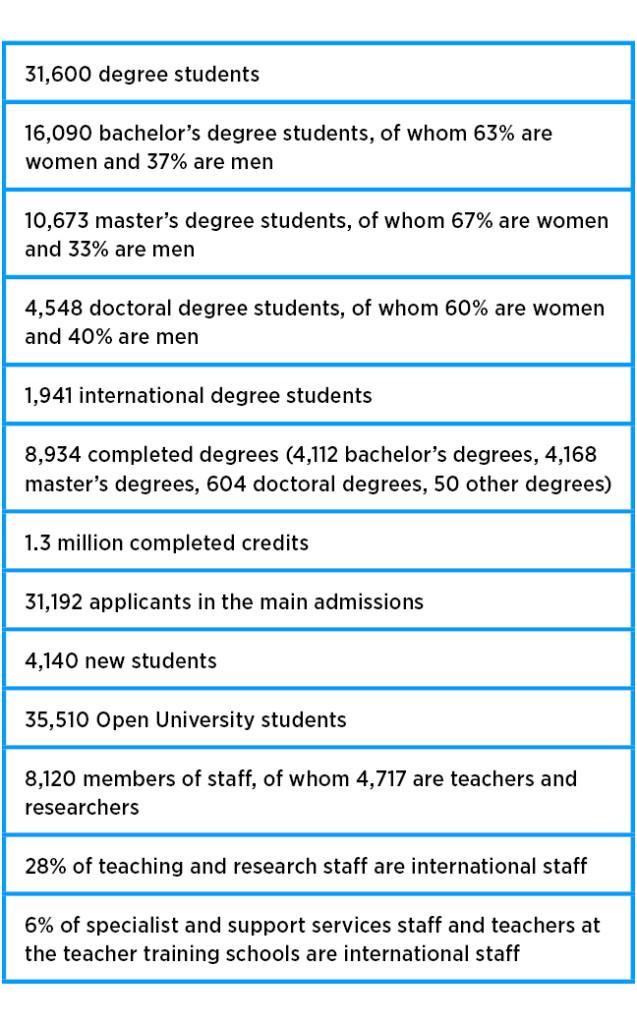 The Strategic Plan of the University of Helsinki 2021–2030 outlines the UH’s objective to be one of the leading universities in the world and a nationally and internationally recognised stronghold of ’Bildung’ by 2030. The UH’s vision is ’With the power of knowledge – for the world’. The UH will pursue the following strategic focus areas to implement its vision:

To put the strategic plan into effect, the UH and its units have drawn up implementation plans for years 2021–2024. These plans can be found in the Suunta system, which is used to monitor and update the plans regularly as part of the UH’s operations management process. In addition, the strategic indicators defined by the UH itself are monitored. 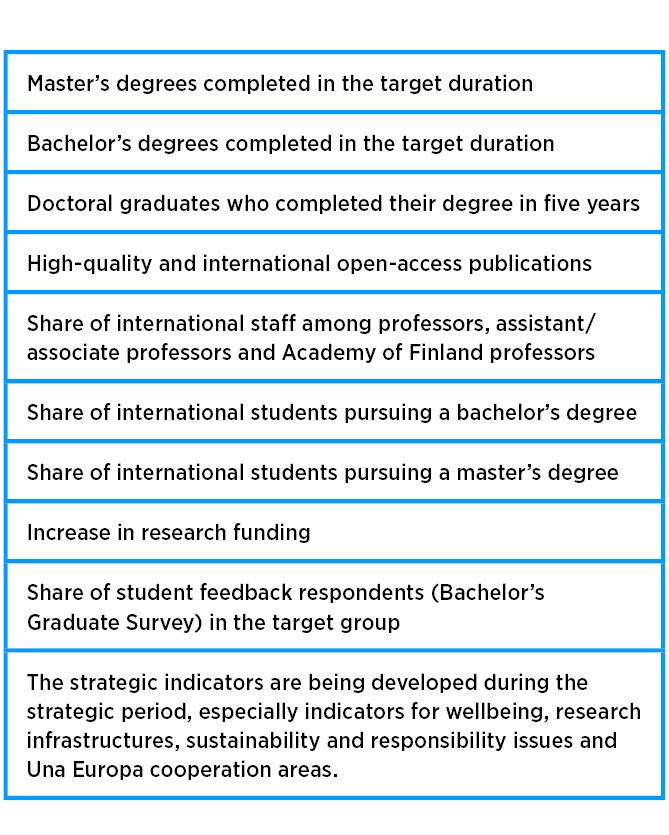 When writing its strategic plan in 2018–2019, the UH reviewed its values, eventually selecting the following: truth, ’Bildung’, freedom and inclusivity.